It all started with Govind and Afsar wanting to build great games. Games that people would love to grow old with. Games that were simple but deep enough to make players come back again and again.

Starting their journey from the first year of college at IIT Kharagpur, over the course of 7 years, before Gameberry Labs, they had worked together on building multiple web-based products like Helpbook, Lolcentre, Gawds Advocate, Migzing.com, Annote & Halfteaspoon that didn’t work for some reason or the other but provided unparalleled insights on what not to do.

With the growing craze of online Ludo, they found the right opportunity to do what they always wanted to do - make games that people want to grow old with.

So, they quit their jobs and started the development of Ludo Star & Parchisi Star. They wanted to bring these classic board games to mobile with a social experience that helped friends and family connect with a hunch that these gaming experiences would be fun, even if people were miles apart from each other.

While doing the market research on existing Ludo games, the founders discovered that a similar board game named Parchis/Parchisi was also deeply rooted in the Spanish culture. People in Spain, Morocco, Colombia, and Mexico had a similar connect with Parchisi, as Indians had with Ludo.

While Ludo still had some competition and few games in the market were already doing well, Parchisi was an untapped potential market. So, the founders decided first to launch Parchisi and then work for Ludo Star. To leverage the development efforts optimally, they designed a structure in which both the games were running from the same codebase.

Within 3 months of launch, both the games started gaining traction organically. Keeping an eye on user feedback helped the games get high ratings, which resulted in organic downloads & also made the games popular outside India.

Ludo Star was the first Ludo game in the market with 4 Player Mode, Team up Mode, and Private Table with easy invite options. In addition, the game also displayed online statuses of player’s friends so that it was easier to invite each other.

By the end of June 2017, Ludo Star reached 250K Daily Active Players. The game topped the Charts in Pakistan and stayed at the #1 Overall App for months. The popularity of the game was immense, and the Ludo category started getting recognized as Ludo STAR.

The demand and growth of the game was fuelling fast. Players were demanding new features. It was difficult for both of them to handle the growing needs. So, they decided to reach out to their network and look for people who could help build the game and the organization. The team of 2 became 4, with Pradeep Gupta and Manish Kaushal joining the team. Both alumni of IIT Kharagpur and gaming enthusiasts.

Like Ludo Star, Parchisi STAR also had a similar organic growth curve. The team was concentrating on user feedback and demands. They continued focusing on giving the best possible experience to Parchisi players. Players loved it; they wanted to play the game with their friends and family. They wanted to meet new people over a simple board game. Fairly quickly, Parchisi reached 1M Daily Active User in Dec’17 - out of this 70% came from Spain.

While Ludo was growing well in Pakistan, Saudi Arabia, India, and Bangladesh, Gameberry Labs found its second hit in the form of Parchisi Star.

The player-centric approach continued, and by the end of Gameberry Labs' first year, the games hit 50M downloads. In addition, the team continued to grow, finding more people from the Indian gaming community and laying the foundation required to build a thriving organization.

The team was built with folks who were passionate about building great games. Taking inspiration from the success of Ludo and Parchisi, a new team was formed, which aimed to disrupt the market with a Business Based Board Game.

Business Trading games have been popular across the world with different names. The team wanted to create a faster version in which each game ended within 30 mins. It was named BANKRUPT. But after 7-8 months of experimentation, the team could not develop a game that lived up to expectations. It did not feel like a game that players would love to grow old with, so the team decided to drop it.

To meet the growing expectations from the players' community, our small team needed an expansion. The founding team spent a lot of time selecting the right people. They were hired only when the team was confident that they possessed the same DNA. With some hiccups along the way, the team finally hit 25 in Nov 2018.

With the continuous growth of Ludo STAR & Parchisi STAR, the company hit 3M Daily active users in Jan 2020. This growth resulted from continuous improvements in the product, adding features that gave the players many reasons to return to the game. For example, the team introduced a first-of-its-kind dice collection system. This fueled the game's social experience as players loved exchanging these dice parts to complete their own collection while helping other players complete theirs.

The team also started adding seasonal & topical content to offer multiple ways to our players to enjoy these classic board games.

The experimentation with new games did not stop at Bankrupt - it continued with its fair share of trial and error as several game ideas kept getting rejected in the early stages. A few of the games that didn't make it -

Word Pirate Adventure - A word based game, where players would solve puzzles & win treasure in an exciting ‘Pirate World’

These games were built fast and released to only a smaller set of players. The teams tried to test early retention numbers with them. The series of failed experiments had important lessons for the company. They attempted to play with new game ideas, keeping the child alive within and, at the same time, trying to explore more and more.

Dress-up games are played across the world. This category has a lot of downloads coming organically. Most of the dress-up games are very simple, not designed to explore and discover. To cater to this market, the company formed a new team to build a dress-up game that was deeply engaging & immersive.

They started with an RPG-styled dress-up game, iterating fast, based on the players' interests & feedback. The two major games - Glamdiva and Glamland, both clocked more than 2.5M Downloads, with more than 25K DAU playing them. However, it still did not meet the expectation, and the team moved on to exploring newer ideas.

The Covid-19 pandemic brought massive growth for the company. In a month's time, the DAUs of Parchisi STAR grew from 1.5M to 10M. It reached the #1 spot in Mexico, Ecuador, Colombia, and the Dominican Republic. With the new wave of players enjoying the game, the market expanded, and the game reached new heights.

In May'20, 1.3M people were playing the game simultaneously - this was an engineering milestone for Gameberry Labs. This wave of new players did decline in the next six months, but the user base stabilized at 3.5M DAU in Parchisi STAR.

We want our games to reach people across the world. So, as we continue to grow our Board Games, we have also built 2 new teams to help us create our next success story.

We are currently at 6M DAU, and we want to achieve a user base of 50M DAU. This will be a testament to our vision of building games that players love to grow old with.

Ludo Star is down and people are feeling 'lifeless' without it

The Game that has Hyderabad's Gen Next Hooked 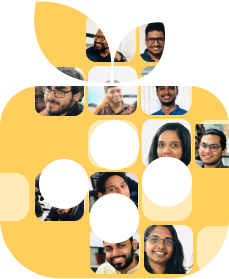 Build Your Dream Career With Us

Join our passion for gaming as we build the future of Indian mobile gaming studios - together. We are an agile team of go-getters filled with people who want to build Great Games.